It was developed by the Security Services Technical Committee (SSTC), and building on these initial contributions, in November 2002 OASIS (the Organization for the Advancement of Structured Information Standards) announced the Security Assertion Markup Language (SAML) V1.0 specification as an OASIS Standard.

Why is SAML needed for exchanging security information?

There are several drivers behind the adoption of the SAML standard, including:

United Networks and the SAML

In partnership with the Toyota Europe team, we have during the month of February 2020 finalized the update of the Single Sign-On authentification system for the tyre selling portal of Wyz Group for Toyota Sweden.
We were already using SAML technology on Toyota, but the exchanges are now upgraded with the new authentification server  (CA SSO SiteMinder) to a new and more secured version !
The users of the TyrePortal of Toyota Sweden, as it was done previously for Toyota France, are logged-in with the very last version of SAML 2.0 with OASIS standards and integrated signatures.

Note that Toyota wasn’t the first platform on which we implemented SAML amongst tyres selling platforms, but it was the more advanced installation ! 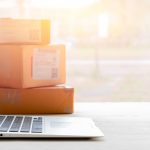 E-Commerce in Belgium is catching up

How to interchange data in tyres market 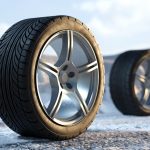